5 FREE Bus Compressor Plugins That You Should Know About (2021)! What is Bus Compression?

Bus compression simply means adding compression to your entire mix, or we can also say adding compression for the output of your DAW (Digital Audio Workstation). Depending on the software, it’s also called the master bus or stereo bus. You can take your mixes to another stage by applying a small amount of compression to your mixed bus chain. It can add more excitement and cohesiveness when done correctly, as it regulates the dynamics of the mix. “It helps to “glue” together with your tracks.

What sort of Compressor should I use for the Mix Bus?

For mix-bus compression, there are several sonic and dynamic variations between various types of compressors that are ideal. In general, there are two key factors for these differences: the type of circuit used in the compressor itself to achieve a reduction in gain, and the set of time constants and other controls are given to the consumer by the design.

So now let’s look at the Top 5 FREE Bus Compressor Plugins that we listed for you guys. Keep in mind that these are not listed in any particular order and we are not comparing any of these products with each other.

The first plugin in our list of 5 free bus compressor plugins, we are going to look at a product from Acustica Audio called “TAN”. Tan compressor is based on CORE8 with a classic analogue VCA compression. TAN is a very versatile tool to provide a lot of possibilities to shape the sound with the gorgeous graphical user interface. In TAN you will find the most common compressor’s parameters like attack, release, threshold, ratio, dry/wet and gain, to allow you an extremely wide range of adjustments, but the exciting news is what we call “ShMod”, a compressor shape control for the attack behaviour that allows you to fine-tune the attack shape so you can really customize the attack behaviour for any audio source.

The 2nd product from our list of free bus compressor plugins is the Frontier by D16 Audio Group. Quality and performance make Frontier a perfect tool for almost any studio situation. Its simple and clear interface in combination with excellent sound quality will surely be appreciated by any engineer looking for an efficient way of controlling the dynamics of a channel, bus or even master output. Frontier can be used as a very transparent mixing/mastering limiter (at certain settings) as well, with just licking the loudest amplitude peaks, or can be utilized more creatively, as sound shaper, when more extreme settings are at stake.

Mind that Frontier is not just simply a limiter. With selectable Control Input and optional Soft Clipping, you get in your hands a quite versatile and creativity-releasing tool. Appropriately configured in your DAW Frontier can act as e.g. mono ducker (using Left or Right channel as a control signal for the input feed). Or enabled soft-clip option in combination with more drastic settings will reveal Frontier’s wave-shaping capabilities. Surely with time, you’ll find more and more applications for this useful unit.

When it comes to the FREE plugins, Analog Obsession for sure has a lot to offer. So the 3rd product from our list of free bus compressor plugins is the BUSTER. The unique sound of the original IC input and twin VCA gain-reduction amplifier design with extra features. Re-drawing and designing original circuit carefully and emulated original fingerprint of the gear. Carefully designed ICs and VCAs. Fully emulated line-amp and sidechain circuit. Infuse your mixes with the legendary bus compressor’s sonic character. Brings famous gear ITB. Adds cohesion and strength to your mix without compromising clarity. 6 ratio settings ranging from 1.5:1 to 10:1.  5 release settings and Auto Release function. Extra Sidechain HPF and MIX knobs. Oversampling for better processing (4x). 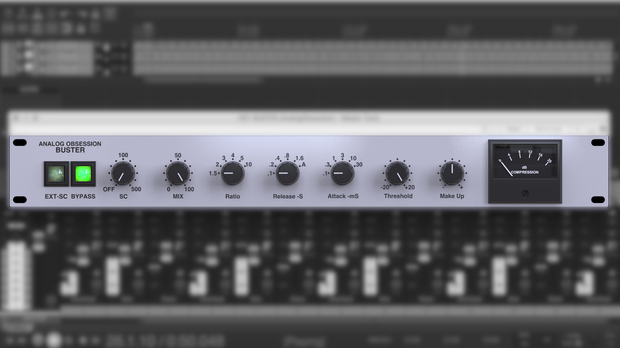 The 4th product from our list of free bus compressor plugins is also from Analog Obsession, the “BUSTERse”, which is the big brother of “BUSTER” with tons of improvements and new features. BUSTERse is the upgraded version of the previously released BUSTER compressor from the same developer. It introduces several improvements and new features that allow more control over the compressor’s behaviour. The plugin features the usual set of compressor controls (attack, release, threshold, and ratio), a makeup gain knob, and a dry/wet control. It also features a sidechain input with a high-pass filter and transient controls. Optionally, the user can switch on the Turbo mode, which lets the compressor affect the incoming signal’s entire frequency range. Otherwise, it will focus on the middle frequencies. According to the developer, the Turbo mode emulates the behaviour of hardware compressors. Likewise, the Xformer mode engages the emulated transformer circuit, which affects the impedance, tonal character, and the overall balance of the processed signal. To bypass the plugin altogether, press the Main switch. 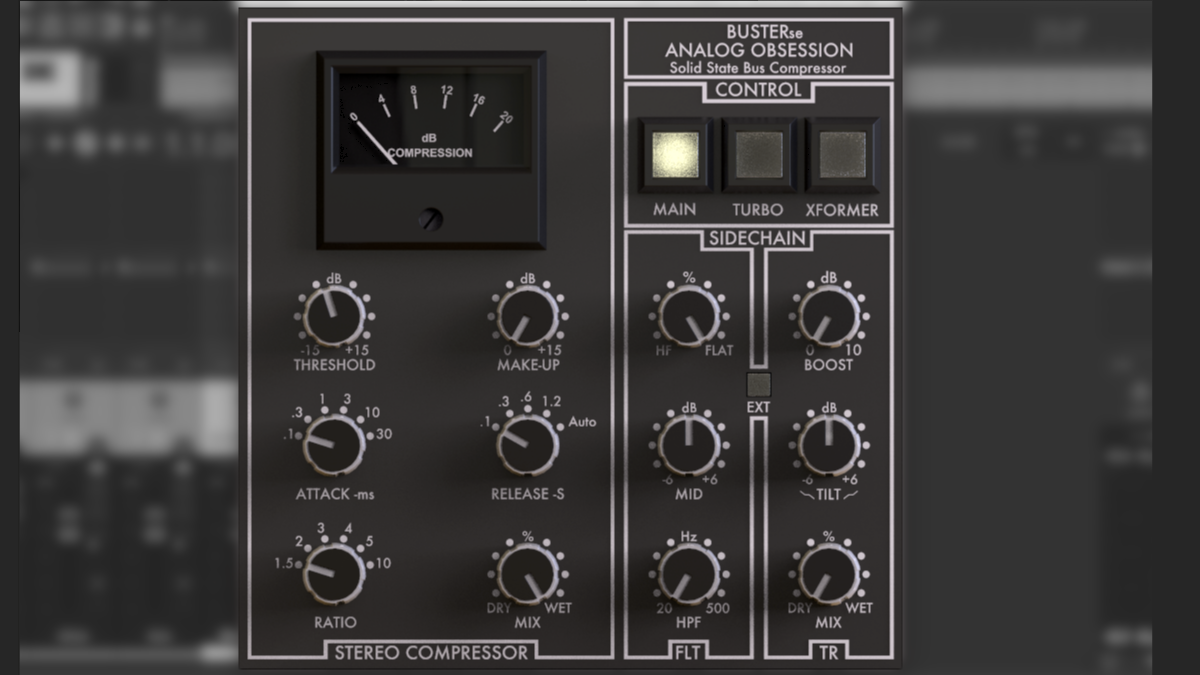 The last product from our list of free bus compressor plugins is the TDR Kotelnikov. This is a wideband dynamics processor combining high fidelity dynamic range control with deep musical flexibility. As a descendant of the venerable TDR Feedback Compressor product family, Kotelnikov has directly inherited several unique features such as a proven control scheme, individual release control for peak and RMS content, an intuitive user interface, and powerful, state of the art, high-precision algorithms. With a sonic signature best described as “stealthy”, Kotelnikov has the ability to manipulate the dynamic range by dramatic amounts, while carefully preserving the original tone, timbre and punch of a musical signal.

As such, it is perfectly suited to stereo bus compression as well as other critical applications. The concept is “proudly digital” in the sense that it doesn’t try to emulate any previously existing device. This is the original!

If you enjoy this article and learned anything, please share this blog with your friends so they can learn something as well.

Stay Safe you all and have a wonderful time. 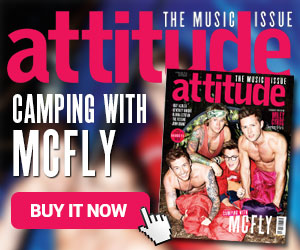 Open-Back vs Closed-Back Headphones: All You Need To Know!